Muscat: Team Coorg Muscat and Friends of Naqvi Group organized a hockey festival under the patronage of Embassy of India and Oman Hockey Association (OHA) to bid farewell to Indian Ambassador J.S. Mukul and A.P.S. Chauhan, Head of Chancery of Indian Embassy.

The festival,organized at the Sultan Qaboos Sports Complex from 4:30pm on Friday, May 8th 2015, was precided over by J.S. Mukul. The OHA chief Sheikh Mahfoodh Ali Juma Al Juma was the guest of honour. The festival was organized to express gratitute to the officials who have contributed immensely to promote hockey.

Over the years the officials have been lending their support to Republic Day of india, the Independence Day and Dhyan Chand Day hockey festivals.

Special Thanks to our Sponsors:
Amana Medical and Orthodontic Centre (Mujeeb Hussain APM)

Click on this picture below to view event gallery:

THe 66 Republic Day Cup between Coorg and Beatrice ended up with Coorg 3 goals Beactrice 2 goals.

It was an amazing game played by Beatrice XI Players.

Hearty Congratulations to all the wonderful players of Beatrice.

Special thanks to the seniors and the young talents of Beatrice like Rafshid and others.

Please join me in congratulating the whole team for the wonderful performance during the match.

To Commemorate the 66th Republic Day of India and the 60th Year of Indo-Oman Diplomatic Ties Team Coorg & Friends of Naqvi Group cordially invite you to A Festival of Hokey Matches.

Chief Guest
H.E. JS Mukul
Ambassador of India to The Sultanate of Oman

Special Thanks To Our Sponsors:
Amana Medical Centre (Mujeeb Hussain APM)
Click on this picture below to view event gallery:

Balan Master Memorial Trophy held at Wave Stadium, Muscat was indeed an extravaganza of sports and activities. Here is what Time of Oman reported about the tournament.

(Click the picture below to view the event album…) 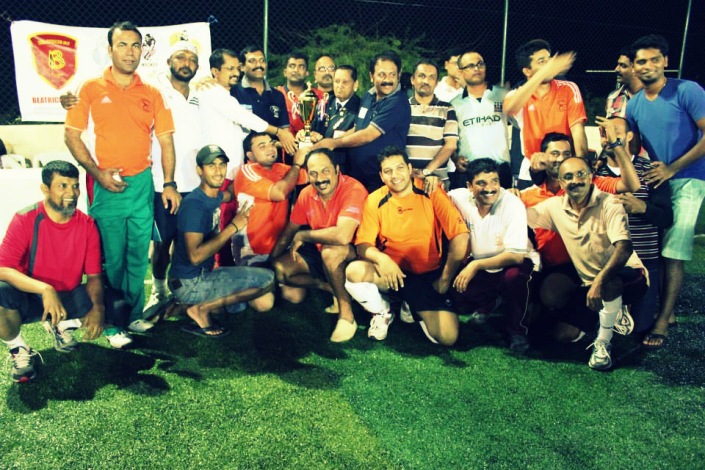 In an exciting final, Team Coorg showed their complete supremacy over Beatrice Dubai. Children’s football and family fun games were the sidelights of the final day.

Former Oman national hockey coach K.K. Ponnacha and B. Kuttapa played an instrumental role in helping the Beatrice Sports Club Muscat to host the tournament with much fanfare.

During the concluding ceremony, the organisers of the tournament also honoured S.A.S. Naqvi, Mohammed Osama Rawat, K.K. Ponnacha and B. Kuttapa for their outstanding achievements in the field of sports.

Badr Shipping Company and Sixar Group were the sponsors.

Beatrice Muscat: On the occasion of 36th Anniversary of Team Beatrice a one day hockey extravaganza along with family oriented programs will be conducted at Wave Stadium Muscat. The event will be held this Friday, November 29th 2013 at 5PM followed by the festivities in the evening and an opening ceremony.

After the last month’s successful inaugural basketball conducted by Beatrice in association with Seeb Basketball League club, the anticipation is high for this event as Beatrice Hockey enthusiasts from the United Arab Emirates and well know Team Coorg will be joining the tournament.

“We look forward curiously to participate in this event.” says B. Kuttapa, Manager of Team Coorg.

Promoting and Supporting healthy life style is important message from Feroz, the senior member of Beatrice Team. Also he added that Beatrice is planning to conduct more tournaments in near future. Mr. ;S.A.S Naqvi, former technical advisor of Oman Olympic Committee and former coach of Oman nation hockey team said that he is very much glad to see Beatrice is reviving their hockey passion here in Oman. Also he assured all support and future cooperation for any hockey events. 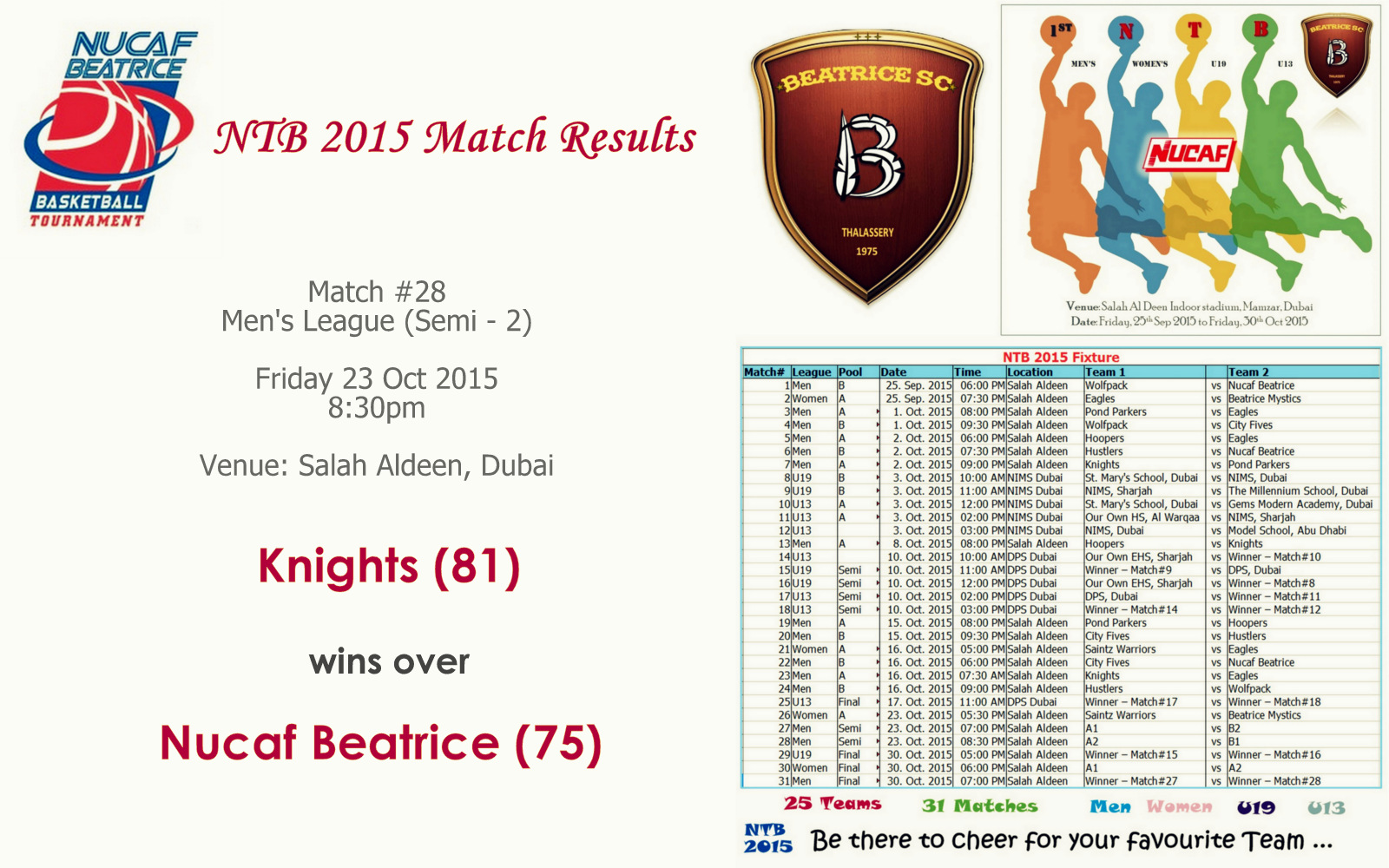 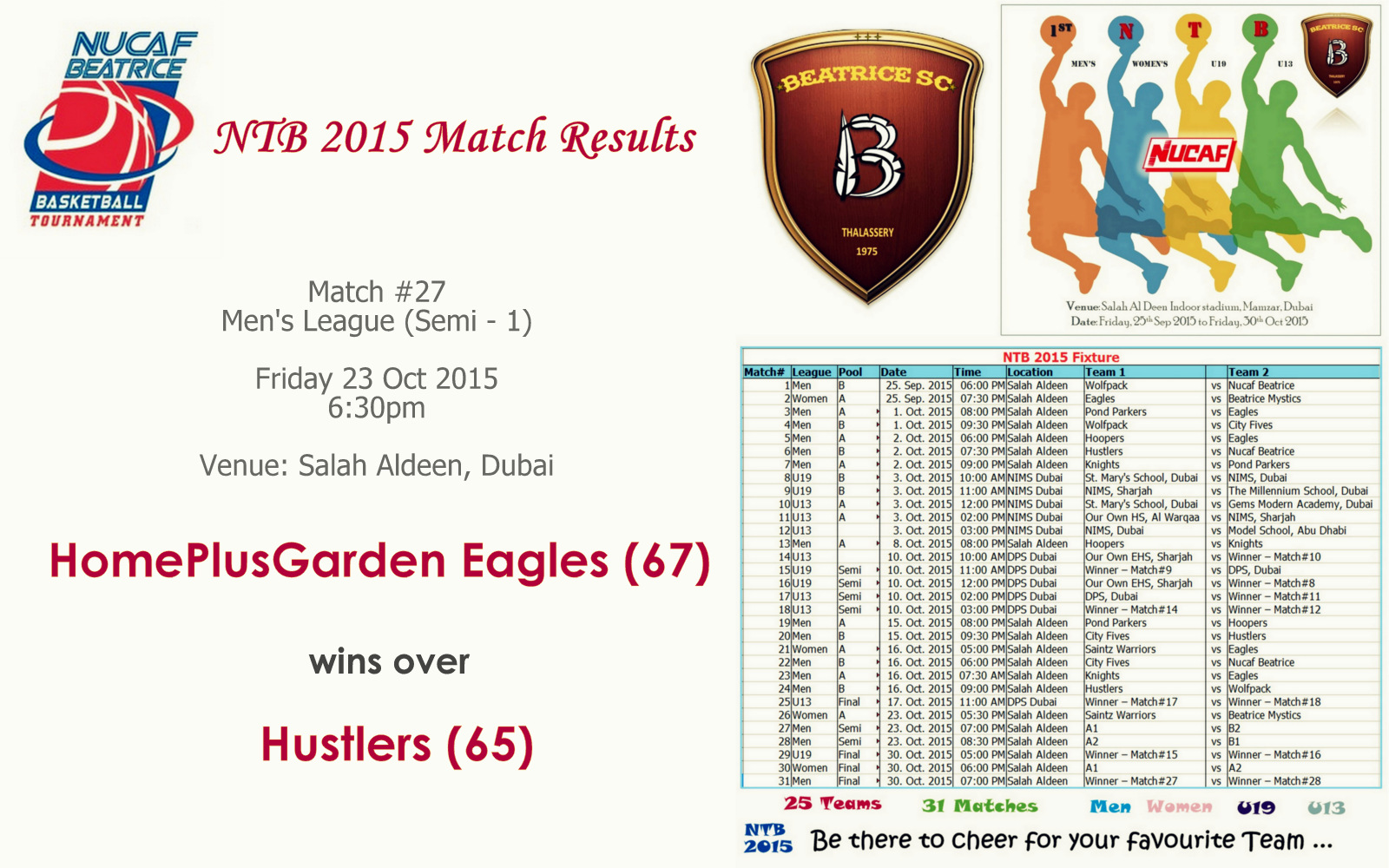 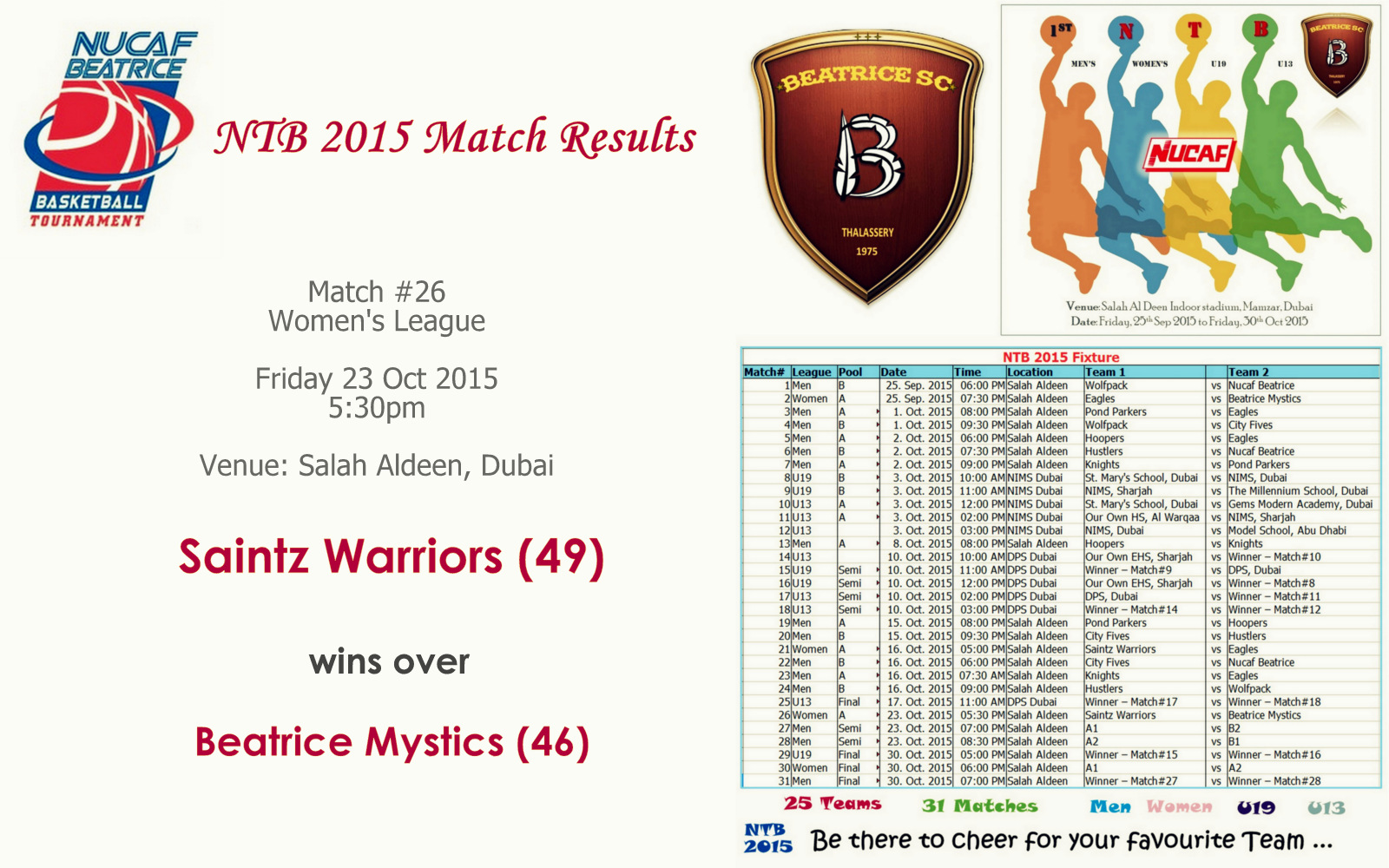 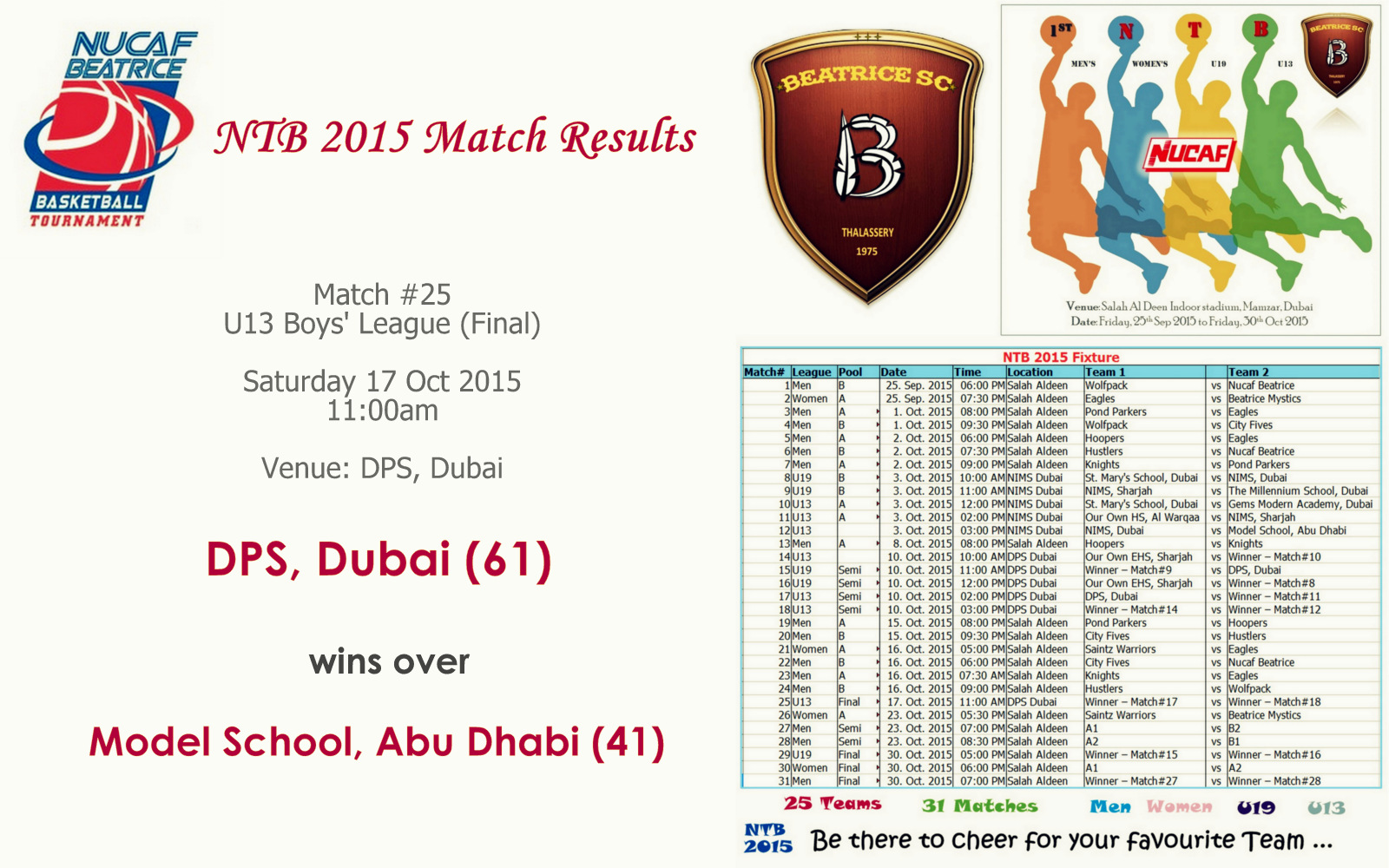 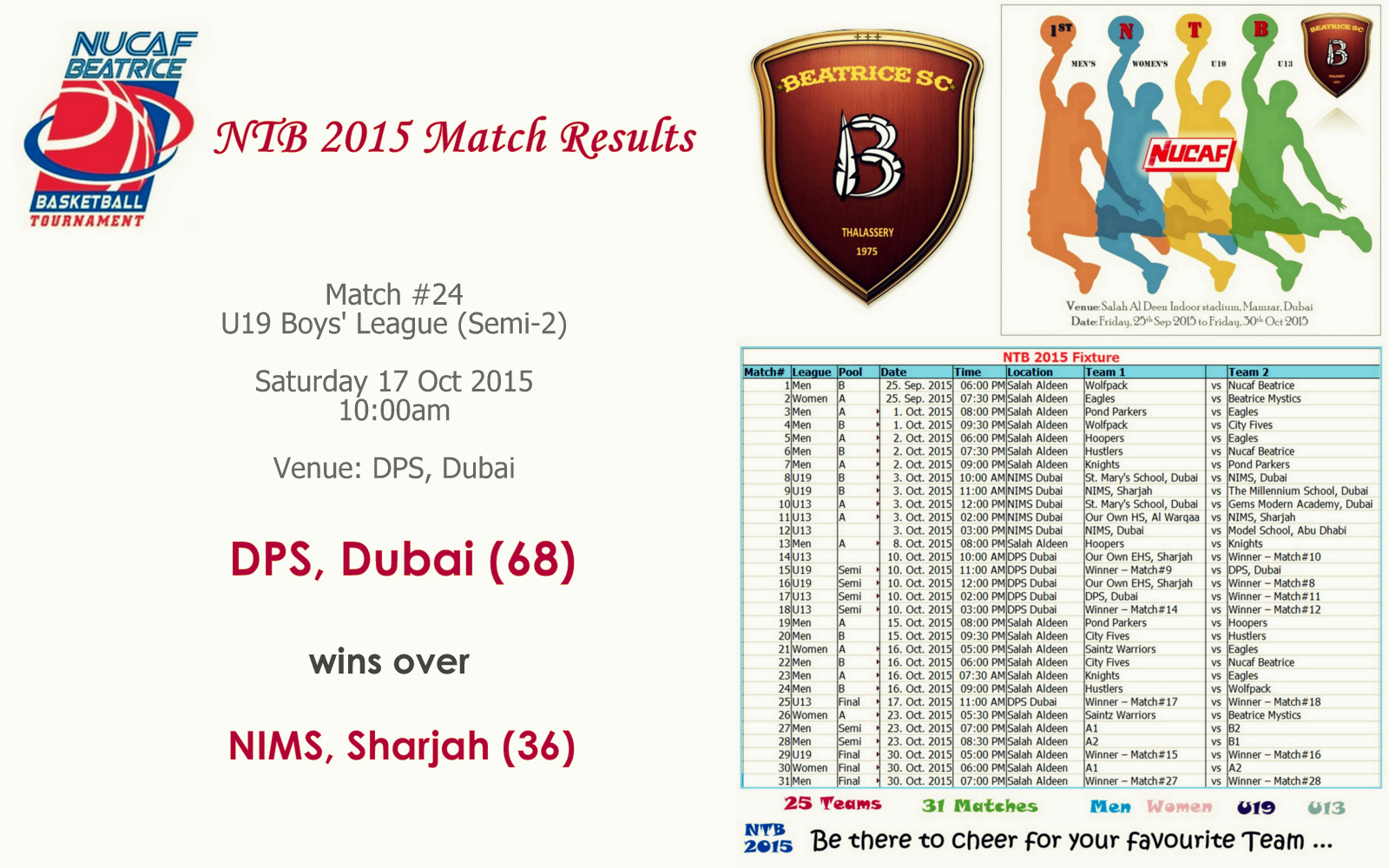 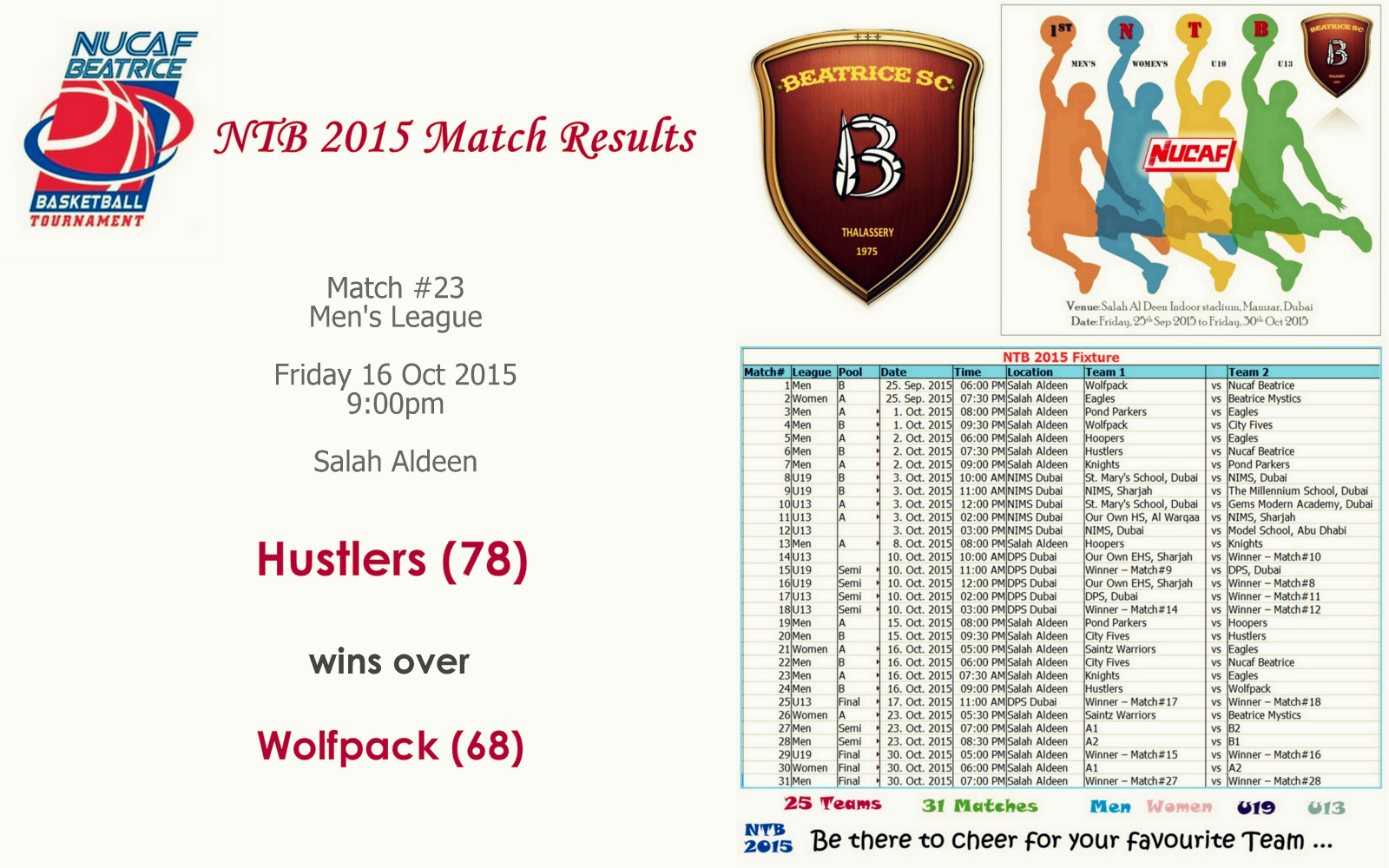 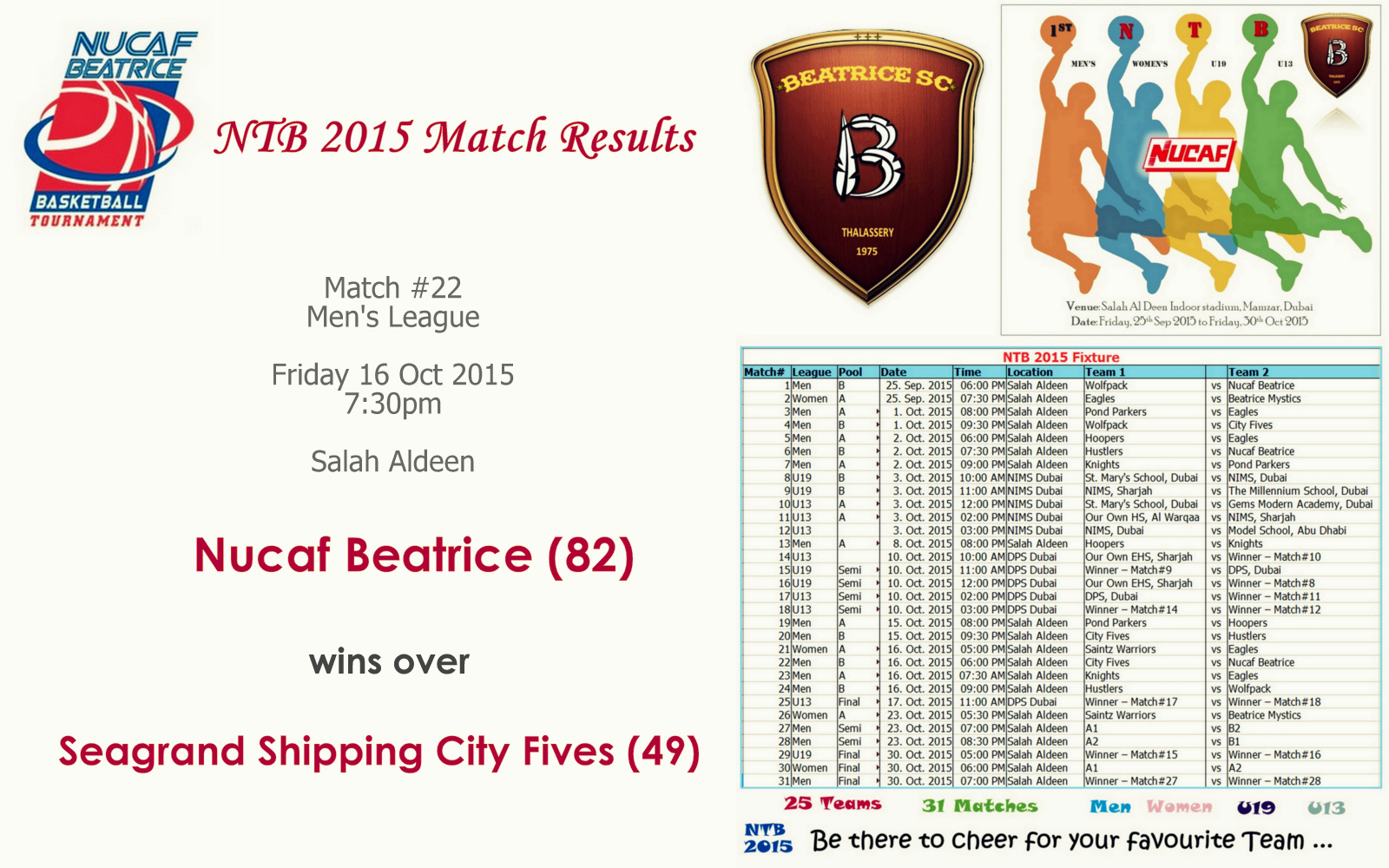 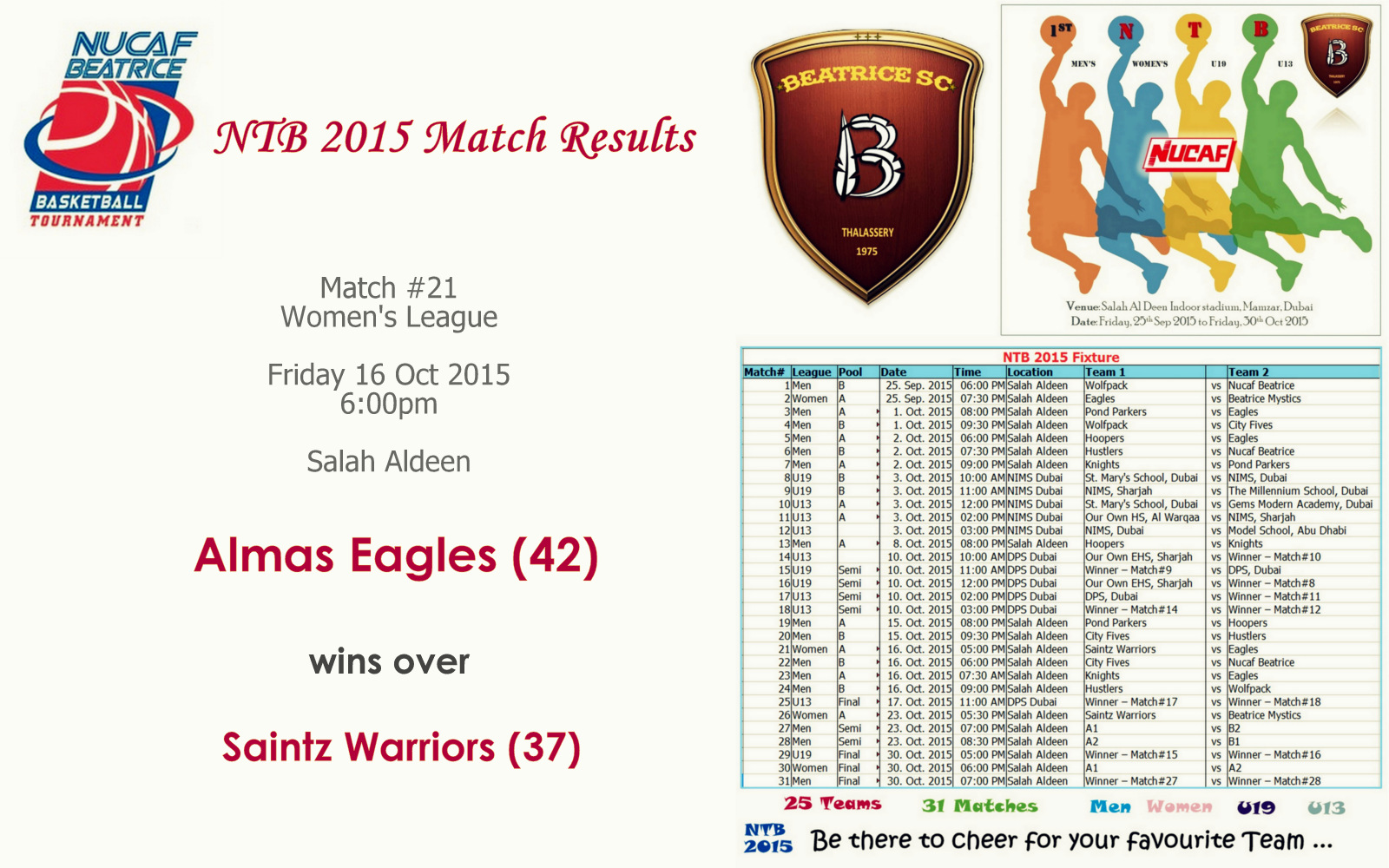 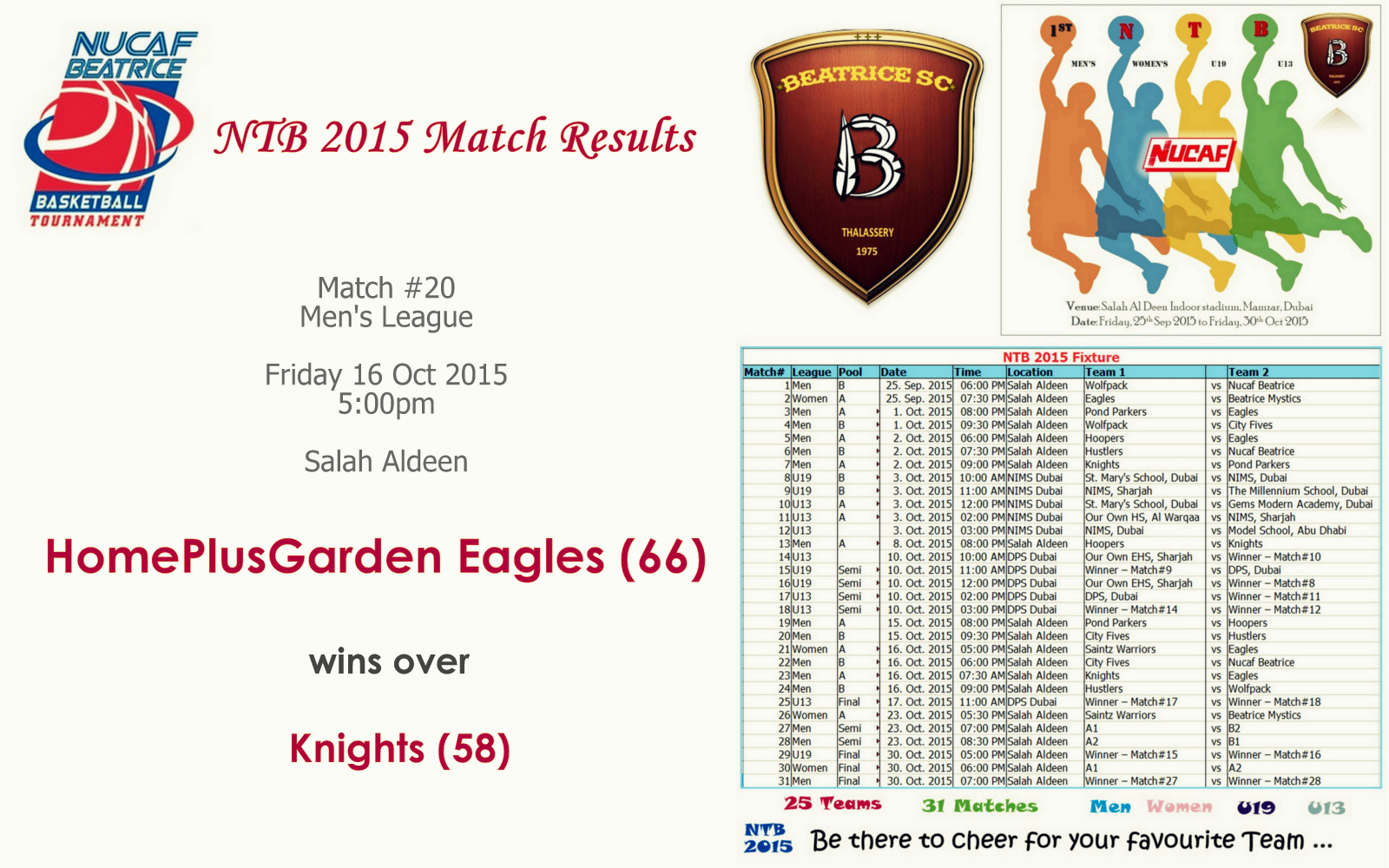 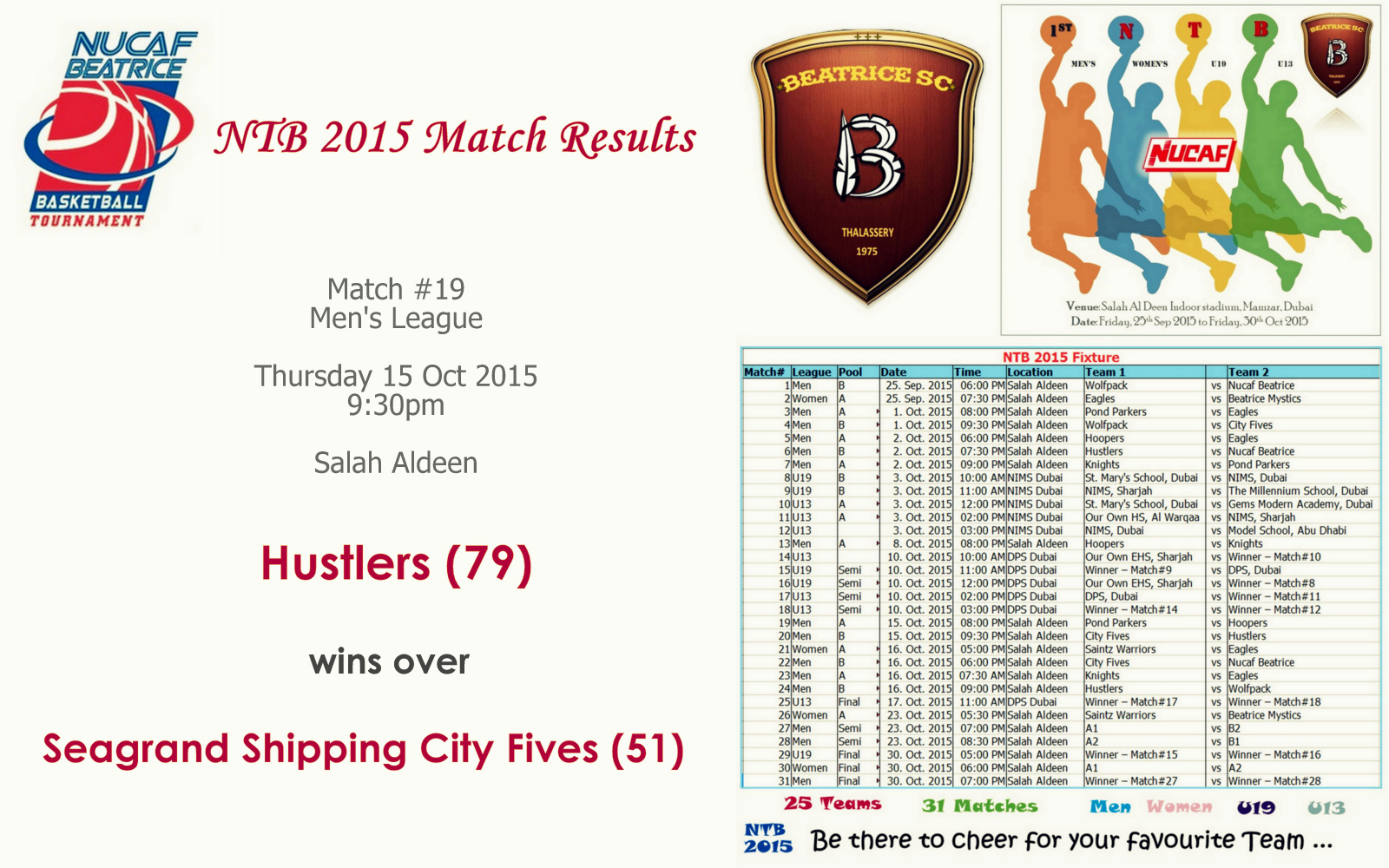